Okay so far but shows a lot of potential. I really want to read the next chapter @__@
Tweet I've been looking for this book forever! XDDD I read it in second/third grade and couldn't remember the title.

I thought it was something like "The Golden Locket," which is I guess what you get from "olden days locket" after seven years.
Tweet 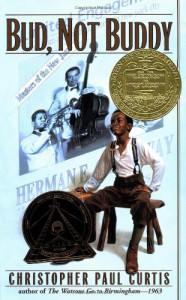 Whenever I see a Ticonderoga pencil, I think of this book.
Tweet

Off-Topic: The Story of an Internet Revolt So cliché. I saw that "twist" coming from a mile away. Also, using "The Trap" as the title kind of makes it super obvious that everything is a trap: going to the CC, then the Domain Building, etc.

After killing everyone off, do we just forget all about Ben and Claire? I'm sure the Scientist is still out there somewhere.

If there had been that many usable hang gliders before, why didn't they use them to get away from the Mission before the duskers came? T__T Better than the first one. Don't know what the cover's all about; I expected the girls in the book to be wearing princess teacup dresses?

Call me blind, but that ending was kind of unexpected. I thought Fukuda was too attached to his group of many humans to kill any of them off (I always always always forgot about either Jacob or David). And I always pronounced his name geeeeeeeeene in my head, so...
Tweet I think he kind of over-did the teenager thing.
While it was ironic and somewhat satisfying to see Ruhl die in his own fire... I also would have liked to see Will go at him with the saxe. Alyss needs more justice than an accidental death.
Tweet
SPOILER ALERT!

The Girl of Fire and Thorns

Anyways, I thought it was surprisingly good. The beginning was alright, but I like the idea of using Spanish origins instead of Latin.

By the way, DON'T DIE HUMBERTOOOO! Although, any name starting with "Hum..." makes me think of Humpty Dumpty. The characters have a lot of depth, and the main character was really likable. Which probably had to do with the fact that she wasn't "stunningly beautiful" or even pseudo-beautiful (when characters find themselves ugly but others think they're gorgeous), at least for the majority of the book. Although the romance part... it's a bit of a mystery to me as to why Humberto falls for Elisa so easily; maybe he was impressed by her inner will and wit? Eh.

Also, I could have used a map... the locations left me a bit confused. Usually I don't use maps, but it could have helped. And the world-building was pretty lacking... who are the Inviernes? Do they live in some pre-Pevensie deprived land and seek to escape Jadis? Not to mention that controlling the Godstone through prayer was disappointing.
Tweet

Snow Flower and the Secret Fan: A Novel It's really quite horrible how many books I see on Goodreads that I haven't read but have watched the movie. .__.;;
Tweet
SPOILER ALERT!

Shadows in Flight (The Shadow Series) OH MY GOSHNESS. I might have cried at the end if this book was a little longer. D': BEANNNNNN COME BACKKKKKKKKK D:

But really, the book jacket was misleading. Very misleading. After all, it told me that "their ship's life support system begins to fail, and Bean's children must save themselves." WHAT A LIE. I would have said, "Then the children uncover a dark secret... you know... more Formics... XP"

Also, when they called Bean "The Giant" at the beginning, it seemed kind of weird. But it did let you know how the kids felt about their father. And I was so sad about Cincinnatus being so lonely, always longing for Bean's approval and never having an important job... DX

And at the beginning I really became "emotionally invested" in Ender. Probably because of his name ;) But then he beat up his poor brother, and I decided that he was one scary kid. Seriously.

Overall report
Character development: pretty good. Ender went from being "dormant to Cincinnatus's anger" to getting along pretty well, less arrogant, more involved. Cincinnatus went from an impatient and bossy six-year-old to a more mature, confident... six-year-old. And Carlotta went from being Valentine (loving Ender, but supporting the other) to being useful and a real genius. More than before, I mean. Overall, the kids outsmarted Bean in the end, although he wasn't in the best mental and physical state by that point. And Bean got to watch his adorable three kids grow up. And they all learned to get along and stop belittling each other.
Plot development: okay. I was a little disappointed that the book was so short and the setting was mostly on the Herodotus, but it was still pretty enjoyable and not as boring as expected.
Pacing: Pretty good. A good portion of the book shows what each of the children think of each other and Bean's thoughts about them and etc, but the actual physical action wasn't that much. There's just not that much to do on a starship that hasn't already been done, but I thought the venture into the Formics' ship was pretty exciting.
Beginning: Pretty interesting, but I think if I had just randomly picked this book up instead of waiting for it for a couple of months, I wouldn't have finished it in two days. Meh.
End: Awesome. Although I think Card could have come up with a better argument for moving the ansible, but well thought out.
Genius Meter: There were a lot of things in the book that made me go, Wow. They really are genius children. I also appreciated the way Card contrasted between their adult logic and childish reasoning. To quote a friend, "Its so cool there aren't adequate words to describe it."

But Nico... agh the angst loneliness sadness ake,rhgnjae,f I usually don't really like stuff like that, just personal preference sorry, but Nico made me so so so sad it was like watching Because of Winn-Dixie.

Also, no one died, which was really kind of disappointing. I know there's that unspoken taboo that all writers have, that you can't kill off your main/major characters (though Brandon Sanderson did it perfectly in Mistborn), but the whole book was hinting "Leo's gonna die... Hazel's gonna die... Someone's gonna die..." but they didn't die. Though, I'm okay with it because Riordan wouldn't stoop to using a "deux ex machina" and wound the plot together so that the ending was okay.

The dedication page: "To my wonderful readers: Sorry about that last cliff-hanger. Well, no not really. HAHAHAHA. But seriously, I love you guys."

The last of the English translations... *sobs* if Baka-Tsuki or anyone else picks this series up again for translation, since Digital Manga is only ever going to have that one volume, I will die of happiness.

Actually, I think I'll go learn Japanese while I wait for SAO and Accel World to catch up.
Tweet

This was definitely the best of all the volumes, so far... especially since the title gets explained XD
Tweet The summary/description on the back of the book talks about how there are two twin dramas perfectly intertwined etc. displaying the fall of Okonkwo and the rise of the missionaries/white people, but...

The book basically covers Okonkwo's random history for 80% of the book and then at the end starts to mention all the depressing stuff with colonists taking over and missionaries.

I'm not sure why this is a classic other than the fact that it was one of the first pieces of African literature? Meaning, written by an African, though they did have oral stories and all that before, so.
Tweet Meh. It didn't turn out as badly as I thought it would. It has a great emotional pull, but the whole situation is really pathetic and there's not a whole lot of action. And the main character is really dumb and only cares about how girls look, not to mention their band sucks. Anyways. 2.5 stars.
Tweet
next »