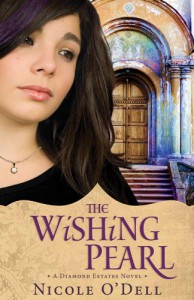 Okay, but I found one editing mistake where a word was left out *gasp* :O and some of the scenes were a bit confusing. If the setting and character positions were more explained, as well as who the hey is in the room at the time, it might make more sense. Chapter transitions and the length of time passed is just about as vague as in Great Expectations by Charles Dickens. Also, the title is wayyy off. It has almost nothing to do with anything relatively important to the plot...?

Overall, it was an okay book aimed for pre-teen girls and teenage girls, written from a Christian Worldview perspective. It mentioned and included traumatic issues that may be prevalent among American teens today, but some parts of the story weren't very believable. I give this book a 3/5 stars for good-okay-ish writing, intriguing characters, and a moving storyline.

I read this book in one sitting yesterday.
Tweet